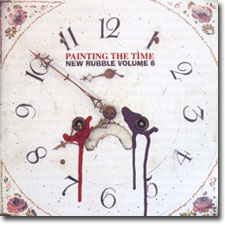 Things start out brilliantly, with the theme song from Cathy Come Home, a British tv show from 1966 as performed by The Twilights from New Zealand. It's an upbeat romp with some stellar fuzz guitar and a rollicking melody (check out more about Cathy Come Home at Wikipedia, screenonline.org , and museum.tv ).

Andy Ellison , the lead singer from John's Children, made four solo singles after that band broke up, worked in some TV commercials and did some stunt work before he formed the glam outfit Jet (with Chris Townson from John's Children and Jook and Martin Gordon from Sparks) which later had a UK hit in Nervous Wreck as Radio Stars. Fool From Upper Eden is from one of those 4 solo singles, and shows off Ellison's amazing vocal talent.

Floribunda Rose was formed by South African John Kongos when he came to UK, when they released one single in 1967 for Piccadilly. One Way Street shows John Kongos' knack for rhythm crossed with a Beatles type melody. Floribunda Rose eventually became Scrugg and John Kongos eventually went solo releasing some cool solo albums, while the Castle label reissued the Floribunda Rose and Scrugg recordings on a compilation called Lavender Popcorn: 1966-1969. Check out John's myspace page for his most famous tunes .

Don Fardon was the former lead singer for The Sorrows - included here is a Miki Dallon Studio Acetate version of Sunshine Woman (the original of which can be found on the Best of Indian Reservation on See for Miles and the Indian Reservation & I've Paid My Dues two-fer on Edsel. This version has a fuller sound to the released version.