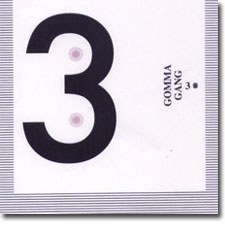 Gommagang 3 and Isar Gold are compilations on established labels that have very different identities , yet both discs share a similar sound.

Gommagang 3 is a feature showcase for Gomma Records, where Isar Gold represents a sound, and includes tracks from many different labels, including Gomma.

Gommagang 3 offers fourteen tracks from eight Gomma artists. Included are tracks from out of print vinyl releases, including both sides of the Munk / Rammellzee split 7inch, and the A-side of the Kick Out The Chairs 12inch.

The annoyance factor might be the inclusion of two tracks by Who Made Who (who seem to be appearing on many comps). This bands vocals sound too close to the 70s band Cream for many folks who hear them.

Isar Gold is a compilation put together for Compost by Benjamin Frohlich. While Compost is principally known as a nu-jazz and downtempo label run by the guys from Jazzanova, Isar Gold sounds much closer to a Gomma record such as Gommagang 3.

Leroy Hanghofer, a Gomma band, appear on the comp. The chosen song is a bit old and played out if you have followed Gomma Records for any time. Bathroomboogie sounds like prime Electroclash-era Miss Kittin. If you have never heard this track before, you may like it a lot. 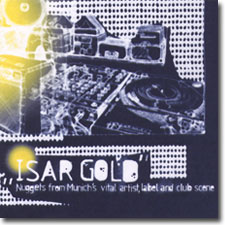 The record starts out with Smilin' (While You Crying), which has indie vocals that are a little whiney. The track slides right into Ben Mono's vocal funk track, which in turn becomes the real nice funky instrumental Pornhaus (by Hiltmeyer Inc., who also appear on Isar Gold).

Queen of Japan are one of many Gerhard Potuznik projects. They are a female vocal band. Apostle of Love isn't anything great. If this is their best, it would seem that Queen of Japan are best when performing covers such as their classic Kiss cover I Was Made for Loving You.

The record ends with a 1991 track by Lali Puna. I hadn't even been aware that they were around that long.

Both Gommagang 3 and Isar Gold are decent enough records, but neither is fantastic or worth going out of your way to hear.