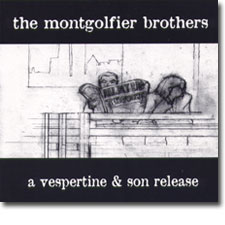 RPM Quigley and Mark Tranmer are back with a new work, All My Bad Thoughts, which brings them back into familiar territory.  This is a stunning meditation on infidelity and existence.  The album unfolds over the course of ten tracks, telling the end of a relationship, dwelling on the period after it, reassessing life as it becomes precious.  There is a specific pattern, a specific course of events here that  charts the free fall of an aggressor.

The album begins with RPM Quigley's rich voice, recalling wet Northern English days, as he narrates the tale of a man who is not 'cheating' but rather, 'seeing someone else' in the song The First Rumors of Spring.  All the songs recall memories of a former lover, as the person's absence becomes more palpable, more of an albatross around our hero's neck.  Constant apologies mixed with pure hate are the order of the day early in the album.  Songs like don't get upset if i... and all my bad thoughts, show a wretched, insufferable side to our hero.  A light instrumental track, stopping for breath gives us a few moments to reflect on what has happened before diving into the much more contemplative final five songs.

The latter half of the album is composed on longer meditations of time and memory.  The narrator remembers stories of childhood and is awakened by the contemplative nature of the surrounding architecture.  The song Koffee Pot calls for 'drowning your sorrow in damp tea, while telling your problems to the window' (a different version of which can be heard on the Journey's End EP), while brecht's lost waltz / summer is over is a bizarre waltz filled with dirty ideas and regretful incidents.

The Montgolfier Brothers latest effort works well as a whole, as it chronicles the moments in the life of a modern romantic hero with musical echos of Wim Mertens and the Durutti Column, as well as the literary touch of J.P. Donleavy.

The Montgolfier Brothers in the gullbuy: