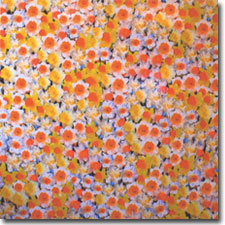 One of the greatest enigmas in the Boston rock history is Peter Dayton- frontman, singer, songwriter and guitarist for La Peste.

Why did the acclaim that buoyed bands like The Cars and Mission of Burma elude La Peste? Some of the most memorable classics from the Boston rock song book of the late seventies and early eighties were penned by Peter Dayton- I Don't Know Right From Wrong, Don't Wanna Die In My Sleep Tonight, Black, Not Today, Color Scheme and the most nationally recognized pop punk opus, Better Off Dead. A killer. This was the kind of song that should have catapulted this band to some major acclaim and recognition.

It was not to be. The band under earned, was under known, yet critics and local fans were able to bask in the secret glory. I still scratch my head and wonder why more people don't know the music this band created. Ric Ocasek (The Cars) producing singles with his band mate, Greg Hawkes, on keyboards couldn't help escalate their level of attention. What was missing? Perhaps their role was to be an influence and not the stars of a more vast galaxy?

Peter Dayton eventually left his collaborators to go solo with the Peter Dayton Band. La Peste was a musical collaborative and Dayton's solo career shows his influence on their classic Boston sound. Dayton seemed to opt for a cleaner sound that lacked effects and feedback. Even the most driving La Peste songs have open chords. There is a punk sensibility in the lyrics, energy and attitude. What was missing was the anger, the gnarl, the venom. After moving from La Peste their post-Peter single, Lease On Life, was heightened by angst and edginess. A sinister song that is one of Boston history's greatest songs. Peter Dayton began releasing his solo material. La Peste faded away and Dayton continued to release vital pop.

Peter Dayton has moved on from music and lives on Long Island working as a painter achieving numerous degrees in art. His artwork, used as the graphics for this CD release, is like his music. Dayton collages color copies of old seed packet images of flowers to making delightful, surreal and invitingly interesting, seemingly upbeat pieces that conjure a feeling of foreboding found in David Lynch's, Blue Velvet. The Peter Dayton Band took from influences such as; Lou Reed/VU, Modern Lovers, Willie "Loco" Alexander, Flaming Groovies, old 50's pop and doo-wop (ala Zappa), surf and sixties standards. Copying, enlarging and expanding and painting with that sound palette he created derivative pop with innocently profound lyrics and style. His tunesmanship was infectious. His solo material was lighter and more fun. The lyrics became less dark and the punk edge receded and the poppiness blossomed. The Boston rock archives were again filled with memorable sounds from Peter Dayton. Maine's Smash Easy has released 14 Peter Dayton (Band) tracks on one CD. The music on this disc are rare gems that could have been lost and only contained in the minds of reminiscing, aging Boston rockers. Preserved, digitally remastered and available, the release risks reliving its past and being overlooked, once again.

Stuck on the Same Refrain is a brilliant number to start the CD. Pure and sweet it starts with a Velvet Underground to Galaxie 500 bright guitar strum. Dayton begins his tale and you hear a more mature and confident looseness. The deep vocals have a sad, reflective quality. It is poetic and lovely. Dabs of doo-wop and Roger Tripp styled vocal wailings (Roger was the drummer of La Peste) are restrained while still projecting emotion. Dayton shows his prowess as a lyricist, storyteller and sonwriter.

Love at First Sight is a Boston classic and second on the record. Jumpy drums, rock-a-billy mixed with open chords and a touch of new wave organ with Jerry Lee piano. This is great pop. Unobtrusive, laid back and highly listenable. Everyone can relate to the concept because of the nonrigid and inviting arrangement and near live quality. A toe tapper. A great bar song.

Skin Tight finishes the solid triptych of intro cuts. This one of my all time favorite Boston tunes. I hoped and awaited for a day when I would have a CD copy of this long lost classic. Rivaling the sound of any classic La Peste song, drums anchor a jumpy, funky/punky, head bobbing, dancey rocker. Like the title suggests, it is skin tight. Sexy, yearning it has heat and legs. It is back and I have it.

Funny Feeling. What a great song. Dayton starts talking, "Alright, I'm counting on you guys. One, two, three" (seeming a bit of an ironic little joke) the band starts with a reggae back beat, laid back funk and a sound that is derivative of La Peste with more intricate guitar work. Live and jamming this is serious. Dayton stretches out and shows another side to himself. A mature and well arranged composition and memorable track.

The CD also has the song, Perfect Wave. A total surf track. With a little of that 80's chunky metal guitar sound (Wire, Gang of Four), and more rock-a-billy and crashing drums, you also get hand clapping. One thing that always makes a great pop song better is hand clapping. Basically an instrumental, with Dayton chiming in once "perfect wave" this is great fun, slick, cool as it spans four decades of influence and blends into a tune that is as great an updated homage as The Cramps or Man or Astroman. The only regret is the abrupt end.

One of the great Dayton tracks is brought back, Falling in Love with Myself. Tambourine and loose guitar work and electric synth create an eerie atmosphere with an ethnic quality. It feels live like a subway/street performance. Dayton mixes himself as the background vocals only heightening the warning of the song,

Uh oh. Here I go.
I'm falling in love with myself again

The lyrics are great and then he wails off key and it fades out. Short, bittersweet but another great track that epitomizes Dayton's track record as a great songwriter.

Other notable songs; Tarot Song, Secrets of Love, Cindy, Happy To Be Me are derivative but made personal. It is ok to steal but you have to be sure to add your own personal spin. Even with a sound that relies heavily on the past, Dayton's personality comes through and his unique lyrics prove his mastery of collaging influences to make personable and accessible songs making for a enjoyable experience and a yearning to see the band perform live.

With at least a decade long gap in hearing these brilliant tracks I can separate my inner hype with the reality. I am so happy to have this music back for consumption. The inner hype was right. The CD is well mastered and clean sounding, allowing the tracks to sound fresh and updated. Unfortunately the graphics on the CD, even though it is Dayton's artwork, is produced in a way that doesn't make the CD seem as important as it truly is. Understandably, Smash Easy is a small and obscure label. It is a coup that this material is even available again but the graphics don't reflect that importance of the release. It feels like a local guy who put out a CD on a small Maine label. Will people really see how important this release is? Is it just local association that makes this material jump out? Do people even know who this guy is? Is it too late and I am just being nostalgic?

After my twentieth listen I think I know what eluded La Peste and Dayton's solo material. It is the composure and delivery. The live quality to all the material just doesn't transfer. To be a success and attract a huge fan base you need to be slick and polished. Look at the band, Boston. All slick but devoid of half the emotion that was rampant in the delivery of so many Boston bands of that era. To the discerning and smart listener the achievement in these here is evident. You can't fake enjoyment. You can't fake emotion and personal connection to your material. But it is hard to capture energy in a jar. I think the studio suppresses what was transferred in live participation. But what does come through is Dayton's irony, existential darkness, hope, wonder and desire. He follows in a long line of Boston legends. He belongs to a club of the under appreciated, unsung heroes who entertained and affected so many spectators, listeners and musicains but faded into obscurity. That is what makes this release so important. We now have a permanent record of one man's work that was essential to Boston rock's history.