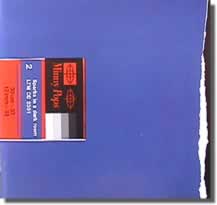 The Minny Pops were a pioneering Dutch group in the late 70's/early 80s on the Factory Records subsidiary label Factory Benelux which released their 1982 album Sparks in a Dark Room. The Minny Pops had reached their peak by this point in their career and were able to put their all into the album - which has been reissued on cd by LTM along with the companion singles/odds and ends collection, Secret Stories.

The Minny Pops (who were named after the Korg rhythm machine called a mini pop) were formed by Wally van Middendorp. They released their early music in the late 70s on his own Dutch label Plurex eventually catching on with the folks at Factory Records through those Plurex releases and word of mouth. The Minny Pops were right in league with Joy Division, The Normal and Cabaret Voltaire. Sparks in a Dark Room is another uniquely electronic album to add to the canon of great music being offered up in the early 80s. They combine pulsing electronics with insistent, bass guitar, guitar noises out of the PIL songbook (when indeed guitar is even used) and keyboard melodies borrowed from sci-fi soundtracks straight from Tangerine Dream. This sound was all imbued with Wally's disembodied, remote, droning lead vocals - singing lyrics which are window dressing to the over all feel. The lyrics were often used to compel the songs to a pulsing electronic climax. Every so often lyrics can be heard as in track 4 Crack .... "This is a new religion....for people who had it all...for people who lost it all...." Track 2 A Feeling is a favorite album track of mine with it's post-Wire like (Colin Newman solo material etc) melody. Track 9 Experience has an amazing ambience very similar to Gary Numan's best work, but with completely different results thanks to the Minny Pops vocal style.

Of the bonus material, by far the best Minny Pops song is Time - heard on this disc in the original single mix - track 13 (also from 1982) and in the demo mix - track 19. I have found myself singing this song many days after having heard it... "We are wasting...precious time....." Also track 15 Een Kus reminds me of late period Joy Division or their song I Remember Nothing from Unknown Pleasures. Also included is the demo of Secret Story (track 17) which has a more immediate feel to it than the studio version which was released as a single contained on the Secret Stories compilation. Finally - of interest are the last 4 song called Werktitel #7, Werktitel #5, Werktitel #1, and Werktitel #8 which all have an interesting "cinematic electronics/rhythmic feel to them. All in all, the Sparks in a Dark Room. album and the Secret Stories collection help to paint a vivid picture of this lost Dutch band from the early 1980s.

Minny Pops in the gullbuy:

Other LTM reviews in the gullbuy: