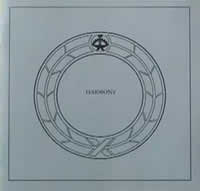 Glasgow circa 1983, enter THE WAKE, seminal post-punk band on Factory Records maximizing the Factory aesthetic to the full.

With these re-issues on James Nice's Les Temps Modernes label, they are finally getting noticed by a new generation after years of remaining out of print. Allow yourself to soak in the synth-lines and spare bass on these early recordings.

This CD contains their first Mini-Album (on Factory Benelux) and subsequent singles (including their first self-released single, the maddeningly good ON OUR HONEYMOON with its darker b-side GIVE UP).

Musical references aside, early New Order without the drum machine, Gang of Four, THE WAKE are set apart by their intense musicality and songwriting. The stand out track here is the studio version of SOMETHING OUTSIDE, a brilliant non-album track, concerning the daily struggle to exist as filtered through a Situationist lens brought into focus by Ceasar and Carolyn's vocals, the song remains powerful, aching, dark and gorgeous.

Suggested Tracks: Favour, The Old Men, Chance, Something Outside, Host, On Our Honeymoon.

The Wake in the gullbuy: