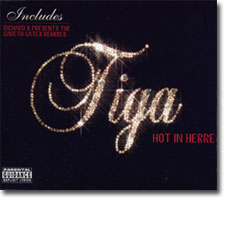 Tiga is best known for his interpretation of the 80s track Sunglasses At Night. His 2001 version became an underground classic that eventually got extremely overplayed. But the track served to get his name out there. Tiga had already performed many remixes for high profile artists, but now people knew his name outright, instead of just as one of a group of mixers.

Tiga is from Montreal Canada, and has a pretty spotless quality record so far. He brings a golden touch to all the tracks he works with, and stands to be huge if he releases a full length with quality as high as we've come to expect.

Tiga's most recent leap to recognition came when he joined the stable of artists who have released collections in the DJ Kicks series. Tiga's DJ Kicks came right after Trevor Jackson's excellent Playgroup DJ Kicks, and it was a winner that brought lots a great tracks together. In the DJ Kicks tradition, each artist contributes one exclusive track of their own on their DJ Kick disc. For his, Tiga chose to cover the Nelly track Hot In Here.

For his version of the well known Nelly track, Tiga included an interpretation of the Chuck Brown and the Soul Searchers song Bustin Loose. It all works extremely well!

Tiga brought Jake Shears of Scissor Sisters in to help with vocals. Scissor Sisters were labelmates of Tiga on City Rockers before the label was effectively shut down by financier Ministry of Sound, who were rumored to have pulled the plug on City Rockers to recoup losses incurred by the high signing advance given to Fisherspooner, and the (unfortunately) low sales of the resulting disc. As a result, Scissor Sisters still don't have anything released.

Skint Records licensed the Tiga version of Hot In Herre for this single, and gave Richard X and Radio Slave rein to create two additional versions.

The Radio Slave mix comes first. Radio Slave are Serge Santiago and Matt Edwards. Their mix does not change the song that much, but adds enough to make it an exciting mix that does not seem superfluous to the original.

Richard X brought in his collaborator Gareth Gatex for the mix they call 'Richard X Presents the Gareth Gatex Remixes.' Odd, as there is only one mix by them! Richard X is the fellow best know for his bootleg/mashup of Gary Numan Are Friends Electric with Sugababes Freak Like Me. That track was one of the highlights on the impossible to find 'Best Bootlegs In The World Ever' compilation, which was briefly re released as 'The Best of Boom Selector Volume 1.'

Richard X currently has a pretty fine major label full length called 'Richard X Presents His X-Factor Vol. 1.' Gareth Gatex makes a brief appearance on the Richard X album in a forty five second interlude called IX. The Richard X / Gareth Gatex mix is almost twelve and a half minutes long. The vocal is recycled through the track, and the music is sliced into staccato slivers similar to Soft Pink Truth, or many of the projects of Uwe Schmidt.

Hot In Herre is a very fine single. I can't wait to hear what Tiga does next.