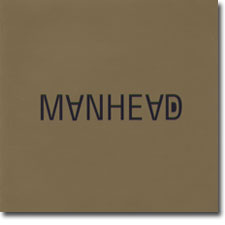 Manhead is the poppy electronic side of Swiss (Zurich) musician/DJ Robi Insinna as opposed to his disco-punk persona Headman. Most of the tracks have a disco beat and very little or no vocals - the rhythm is the star here.

The record is on his own label, Relish Records. It opens up with Show Me The Way, which (as Show Me The Way Sista) was Manhead's first 12inch. Doop was on the Output Recordings compilation Channel 2.

The record contains a cover version of The Godfathers' 80s hit Birth School Work Death performed with vocals by Christian Kreuz of Dakar & Grinser - mostly remembered for their 2001 electronic version of The Stooges Now I Wanna Be Your Dog. The CD also has the video for the song as a bonus. Manhead's version of Birth School Work Death first appeared on the Output Recordings compilation Channel 3. The label also released it as a 12inch single.

My favorite tracks are Hey Now and Special. Hey Now starts off with a kick drum sounding like Blue Monday. Electronic latin percussion becomes the centerpiece of the track along with Robi's "Hey now" vocal in several parts of the track.

Special grooves as well as the best Headman, and has cowbell percussion accents to boot. The energy level is high, the beat is fast, and sparse vocals echo in and out along with the beat.

Aplam has guitars that may remind you of the classic Pop Group track She Is Beyond Good & Evil. There is also some nice bongo action there, but the track never does quite kick into a celbratory overdrive. Dancer closes the record out strongly with a bopping bass part right up front and an Acid House feel in the keyboards.

Though Manhead have a disco sound like NY's Metro Area or the numerous Norwegian artists putting out great tracks (Lindstrom, Prins Thomas, Kango's Stein Massiv) the disco of Manhead is ultimately cold and sterile, lacking the passion of the artists that pioneered the sound in the 70s.

This record is not crucial by any means. I wouldn't tell you to go out and buy it. But it isn't a bad disc either, and you may enjoy it more than I did. Even though Robi states his case for Manhead on the Relish Record website, I like his stuff as Headman better, because it has more of an edge.