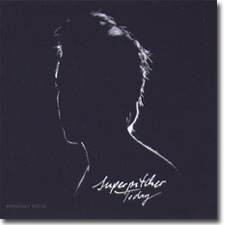 It is confusing, at first. I thought that this was an artist/band called Superpitcher. In actuality Superpitcher is a DJ, producer and remixer for the Kompakt family. Kompakt is a store and label that comprises of dj's, producers, labels and creating club events. Based in Cologne, Germany, Kompact produces. distributes and sells electronic house and techno sounds. Superpitcher worked doing distribution with Kompakt and then moved his sole focus to music. A "wunderkind" producer and music maker he compiled and produced this compilation of artists that appear on the CD. Nepotism also helped. He was/is friends with Michael Mayer and Wolgang Voigt (formerly the 90's Mike Ink), the originators of Kompakt.

The starting point by Lawrence called Spark has a nice slow start. Sounding like piano music from the soundtrack to the French film Diva or the song Stranger by Mark Stewart, it is soothing and atmospheric. Soon after comes a heartbeating rhythm and electronic noodling. It is not a disco piece but more of a mood piece. Music for working, dining, reading. It is background music for living. Repeating and nonthreatening it could go on forever. It is more collage than music. From KompactUs own description of house/acid/techno I am surprised at the "lite"-ness.

The first track slips right into the next one without any notice. Better not have the player on stop mode. It would be a very abrupt ending and start. Fusing into DJ Koze's Let's Help Me there is a continuation of atmosphere and background over a feeling of musical composition. It trucks along at a easy clip and never assaults or calls a lot of attention to itself. There are traces of an amped up Woob (em:t label), smooth but with a nervy undercurrent.

Again we meld right into the third track with no delineation. Maybe I am just not trained to the stylings of this music and don't get the subtle changes that are happening. Kompakt founders Michael Mayer's Lovefood ( Matias Aguayo Mix) is like Throbbing Gristle going pop. Whispery, breathy Cosey Fanni Tutti-like vocals elicit the TG classic Hot On The Heels Of Love. Sinister lyrics, "Give me love because I can kill", seduce and have a lurking danger to an otherwise "up" piece of electronica. I find myself wondering with any new sound addition or fade if the song is ending.

It does it again. We slide right to #4 by Triola - Leuchtturm (Wighnomy's Polarzipper remix). It is not all that much different than whence it metamorphosed. This is becoming more of a DJ set than a compilation. Perhaps this is the new "live album" of the future? DJ's just "spin" a set of music showing flawless skills in the art of the mix. Since Superpitcher is the man producing these tracks it is no wonder he can blend them so flawlessly. He pushes the buttons that he installed.

The beat goes on into Oliver Hacke's 21:31. Thank the lord the song's title is not its length, in a way it is. Another flow right in to a tasty little beat but not a real filling meal. The Psychonauts- The World Keeps Turing (Highfish and Zander Remix) eases right in also contains lyrics and vocals that are Depeche Mode with hint of Marilyn Manson with less bravado and the need of a nap. It is the most dancey tune of the "comp". The beat is similar to all others but is a more traditional than an atmosphere or life soundtracking mood piece. The demarcation of this track to the next is the most pronounced. Nathan Fake's Dinamo is a plink-blonking automaton dance. There is a nice Fripp-ish synth-guitar swell but this is all getting pretty dull and repetitive only accentuating how long this piece is.

Superpitcher has a mix of his own on the comp. Happiness (Lawerence Re-mix- The same artist that has the #1 position on this CD) is a lot like Hood. The vocals are similar in their sighing and effeminate style and the music is like Hood going disco. But I like Hood better. There is a more inviting quality and less annoying and repetitive beat. Did I mention how tired I am of this beat. I am getting nervy and edgy from hearing a heart beat pitch controlled. And on we go...and on...and on. Then we hit the last track by Sebastian Tellier - La Ritournelle. This is nice. The drums almost seem real and the keyboards are slick with out being icy. The beat is different and not bumping, humping or throbby. It has a sweet and majestic quality and some added "strings" give it a classical and romantic edge. We get vocals and lyrics which almost kill it for me but have more in common with easy 60's soul than the iceberg freeze of the soul-less tracks that abound on this spinning piece of plastic. A nice finish as it fades into nothingness.

Nothing is really standing out on this CD. I am getting so tired of the same beat. All that is here has a background application but it isn't really music. It is too slick and structured to be experimental. It is listenable but pushes it in its redundancy. I could see programming software, driving at night (don't fall asleep!), or lying around my cold edged, city loft with its modern furnishings, stainless steel appliances, stone counter tops, as my supermodel girlfriend sits bored as I surf the web. It is all so beautiful and perfect. But I am a regular human with a emotional range and softer lines and prefer wood over metal. I could not imagine making this a steady repertoire of listening. If I were in a Tokyo chill out room, an Amsterdam hash bar, a Berlin artist loft or on the 60th floor of a NYC luxury condo with my Ipod cranked, this may be just what I want to hear.