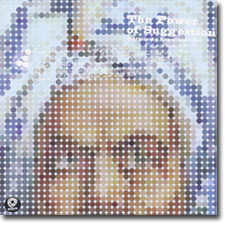 Karminsky Experience is the duo James Munn and Martin Dingle. They made a name for themselves through the 2 compilations they released on Deram Records.

Till recently, the only record they had released on their own was a 12inch of Exploration that I had a chance to buy at a stall on Camden market, but passed up. I never was that record again.

Belly Disco has music that sounds like the Roy Budd theme from Get Carter, with vocals that make me think of the Dalek song I Love You.

Something for Madeleine has trombone that reminds me of the classic Groove Armada song At The River.

This record grew on me a lot as I listened to it in preparation for this review. The records they culled from "Milanese street markets, dusty basements and Moroccan bazaars" have all been used effectively to produce a solid disc that has many highlights.