4 songs by Beatmolls (Huggy Bear filtered through Bis, Camden style), 4 songs by Mogul (80's new wave electronic casiopop), plus 16 other songs as well, all for the price of a CD single! The bands represented here are all of the London Camden Lock variety (the notorious and numerous club haven of the indy and outrageous). These bands seldom get a shake because of the extreme scepticism of the rock press towards them, but they do have something to offer en masse, as evidenced by releases such as this. Many 'rock' guitars will be heard, and many rock/metal cliches plundered, but the youth and enthusiasm of this farm league for the fertile UK music scene comes through frequently. The songs that are good are fun and colorful. 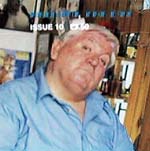 very eclectic compilation with diversity and good choices. For me personally, the highlights are the Karminsky Experience song "A New Vibration" and the Dakota Oak song "Und Am Samstag". All I've heard by Karminsky Experience is their 12", the a-side ("Exploration") of which is on the Blow Up A Go-Go compilation. Karminsky Experience are the two DJ's that made Blow up Records and the Blow Up night in London clubs so popular. Their stuff would fall into the slot coined "Exotica" by so many. Dakota Oak are one of the hot new bands on Manchester's Twisted Nerve Records, the label run by Badly Drawn Boy's Damon Gough and Andy Votel. I've missed their two releases on Twisted Nerve, a label whose 500 copy pressings sell out amazingly quickly and don't resurface. Those are just my two faves though. On the CD itself I've grouped the band's into the broad catagories of Electronic (Zan Lyons, Karminsky Experience, To Rococo Rot, Dom & Roland, & Boundarie Hunters), Soft folkish rock (Nick Drake, Fuxa, Aerogramme, & Dakota Oak), Hard punkish rock (Petit Vodo, Unwound, Bomb 20), Reggae (Prince Far I), Funk (Cymande), & Hip-Hop (The Nextmen, Sacred Hoop, & Non-Phixion).

The CD "The Start Of Our Affair" which March Records put out a few months ago did well at WZBC for breezy Siesta-like pop. Fact is, they've put out a newer full length, and this newest EP since that record. Espresso! Is a 5 song EP which this French trio put lots of love and thought into. It is top notch, and reminds me a bit of Nick Heyward (Haircut One Hundred) in the vocal department, but with lots of ba-ba-ba's by Sara and Rachel. The French label Riviera that put this out has a logo that looks like that of Marina Records a bit, and the quality level of this is as high as both the labels mentioned in this paragraph (Siesta and Marina). In other words, it's great easypop.

Dublin may have JJ72, but Belfast Ireland has Desert Hearts, and this single is better that any of the new buzz bands (except Clearlake who I'm partial to) that I've heard. Desert Hearts get compared to the NYC first wave band Television, and you can hear why a bit on the B-side, though the A-side sounds more like early hyped up Go-Betweens to me. For many of you, I know that's a good thing. For the rest of you, historic references be damned, the 2 songs here are perfectly able to stand for themselves and shine like chrome. This is my favorite release on Tugboat Records yet.

With the focus on Asia and the Pacific Rim, this third volume of the series is a gas. Volume One focused on the U.S. and Volume Two on Latin America. On this CD, bands from Hong Kong, Korea, Turkey, Cambodia, Japan, India, and Singapore. The style is in U.S. garage band character. 14 songs you're not likely to hear anywhere else. 4 of the songs are pretty amazing to me. Hong Kong's Teddy Robin & The Playboys have a song that reminds me of the Blue Oyster Cult song "Wings Wetted Down"(from the Tyranny and Mutation LP) crossed with "All Along The Watchtower", crossed with "I Had Too Much to Dream Last Night". Cambodia's Cambodian Rocks have a neat song which peels out in a guitar solo and "96 tears"-like organ before the female India style vocal which brings it all to a new far out dimension. Japan's Yuya Uchida & The Flowers have a strong Jefferson Airplane type sound pared down to it's essence. Finally, Turkey's Mogollar have an instrumental which sounds both traditional and exotic in a very appealing way, with clear production to clear it's path into your mind.

"This is the long awaited new album from the real Adventures In Stereo, now known as Noonday Underground" heralded the now defunkt M21 website. This must really be true, as the site starts right off with "Noonday Underground (pka Adventures in Stereo)" in their section. Looking in the sleevenotes of the Adventures In Stereo disc 'Alternative Stereo Sounds', I cannot find any mention of these two though. The M21 site called the record "classic lo-fi pop", but to me this sounds fresh and filled with tricks: hardly a cliché in site. Lots of easy listening/exotica samples are worked in to the updeat shuffling beats. Vocals are by Daisy Martey, with Simon Dine writing all the tracks. About half the tracks are instrumentals, and half have her soulful vocals. I like this record a whole lot, and felt like I discovered something no one knew about when I first popped this into my CD player in the car after I bought it, ready to go back and beg to return it if it stunk, as it was a pricey disc and a total risk I knew little about when first bought. Here's a description of them I found on the net, at the Metro city Records site : "First collaboration between Simon Dine (Adventures In Stereo) & vocalist Daisey Martey. Influenced by Aretha Franklin, De La Soul, Harpers Bizarre & the Left Banke. 12 tracks including 'Hello', 'London' & 'Hush'." If you needed any further convincing, Billy Bragg is thanked on the insert. The real deal.