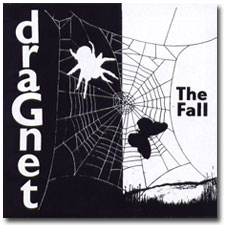 You know that thing in rock, where the pendulum swings and people start getting sick of the same old thing and the bands that are doing something ‘new’ develop such a buzz that commercial outlets—clubs, radio, record labels—finally reach the half-hearted conclusion that they can’t brand themselves as alternative… or even relevant, while continually ignoring what all the kids are buzzing about? None of this applies to The Fall.

For 27 years now they’ve played their own game, in their own league and by their own rules. They’ve survived by staying consistently irrelevant to mainstream tastes, and (therefore) consistently relevant to themselves and their fan base. What keeps The Fall interesting is that while remaining true to a certain aesthetic, they’ve rarely stagnated, ever-evolving their sound while keeping their aims at originality.

While achieving an ever-growing die-hard fan base, uber-respectability in the press, and a rich catalogue of some 24 (and counting) proper studio albums, The Fall’s popularity in the alternative mainstream has peaked at earning the grand honor of being Pavement’s biggest influence.

In the grand scheme of their catalogue, 1978’s ‘Dragnet’, their second LP, established The Fall as a band refusing to let themselves be categorized by three chords and a lot of piss.

Dragnet introduces The Fall’s guitar mainstay, Craig Scanlon, whose playing defined The Fall’s identity about as much as Mark E. Smith’s acid-tongued poetic bullhorn. Here, Scanlon’s guitar lines paint mesmeric sinewy dirges that occasionally take on a conversational manner with Smith’s rhythmic newscast-ish rants. That said, Smith actually ‘sings’ a little more than usual here. By Dragnet, their sound matured significantly (from ‘77’s debut “Live at the Witch Trials”), getting more into tuneful terrain. But this is rarely at the expense of the Fall’s trademark psychotic intensity.

The first thing you’ll notice about ‘Dragnet’ is the production. It’s rough as hell and almost could have been recorded with a boom box in a garage. At it’s best, it has an immediacy and even a charm you can sink your teeth into. At worst, it restrains the some of the energy and just sounds bad. That said, on some of the less revved-up numbers like Flat of Angles and A Figure Walks, the rough production actually compliments the songs’ dank alley, rough-hewn aesthetic.

Asked if they were happy with the production, Craig Scanlon answered (in a 1978 interview) “Yes, everyone's kind of against the sound on the album for some reason, it's because of their conditioning”.

One of the highlights of the album, Spector Vs. Rector, introduces a dark, experimental edge. It was an approach more fully indulged on ‘83’s surrealistic ‘Perverted By Language’ and near-perfected by 84’ with the masterpiece ‘The Wonderful and Frightening World of The Fall’. Then again on ‘This Nation’s Saving Grace’. Before I sound like a Fall sales rep, I’ll end the album name-dropping there.

On the LP’s subject matter, Smith remarks in a 1978 interview, "Dragnet has, if there's anything wrong with it, a balance toward songs about the band. It's very introspective. That's why there's things like Flat of Angles, Specter vs. Rector.” But I always found these to be two of the best songs on the record, along with Before the Moon Falls, where the tune, the rhythm, and the lyric gel, dramatizing Smith’s resolve,

"I must create a new regime / Or live by another man’s / Before the moon falls".

Things lighten up on a few songs. There’s good fun to be had with numbers like Your heart out and the album’s closer, Put away. As for the bonus tracks, I could have lived without the four additional (and identical) takes of Rowche Rumble. The alternate Psykick Dance Hall (No. 2) is made a little dance-ier with a tambourine thrown in. In my Area shows Smith’s voice at its humblest most personal (to date) and has a fun, simple oddness to it.

Fiery Jack was the pre-cursor to ‘Grotesque’s’ Container Drivers, throwing in a Johnny Cash, country-western bounce. Between these and 2nd Dark Age---a highlight of The Fall’s early output—the bonus tracks add a lot of life to the package. But before you get the wrong idea, make no mistake. Of all The Fall’s studio records, this one most of all falls into the category of ‘not for everyone’.