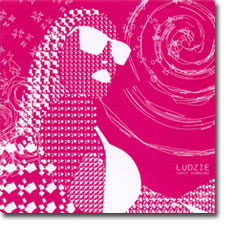 Ludzie is an experimental jazzy band from Poland that will appeal to fans of The Dave Pike Set, !!!, This Heat, Sand and Laddio Bolocko. All their songs are instrumentals.

The band consists of Krzysiek Topolski on drums and samples, Wojtek Mazolewski on electrobass and loop samplers, Mateusz Kuderski on guitars, and Michal Bunio Skrok on sampler, bass guitar and production.

There are two guests on the CD that add to the sound in a favorable way. Tomasz Zietek plays Trumpet, reminding me of Jeff Goddard of the band Karate, back when he played in The Lune, and Pawel Szewczyk playing vibraphone samples, giving the feel of vintage Dave Pike Set recordings.

This CD is part of the Polish sound called Nowe Brzmienie, which translates to 'new sound.' Nowe Brzmienie encompasses many of the bands and artists I like, which never seem to fit together in any other sense. It is for that reason that the gullbuy is subtitled 'New Sound Review.'

I believe that this disc deserves to be heard by many people. The recording is low budget, but they use the studio well, giving the Laddio Bolocko feel.

I can picture seeing this band in Krakow, in klub Jaszczury, the smoky student club in Market Square, or a cavernous stone basement cafe. There, jazzy songs like Sopot Surround or D. would breathe and become alive. Sopot Surround tracks to a time when The Dave Pike Set were in Japan and became very far out. The eleven minute closing track D. is a few thousand miles (and three decades) or a few breaths away from the experimental meanderings of Dark Star era Grateful Dead. D.

But Ludzie (translates to 'People') are no hippies. F.F.O.F. has more in common with Einsturzende Neubauten than the Dead. That is why I like Ludzie so much. Any band can imitate another sound or era. What makes a band special is the ability to create something new by absorbing influences and returning a result not quite like any before.