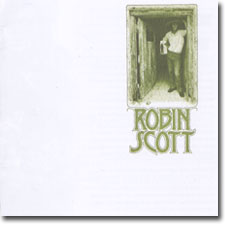 Woman From The Warm Grass is the legendary 1969 acid-folk album Robin Scott recorded 10 years before he stunned the world with the New Wave classic Pop Muzik, which he recorded as M.

The sound of this CD lies soumewhere around that of Andy Pratt (of Avenging Annie fame), or Al Stewart (The Year of the Cat).

The record was recorded using the backing band Mighty Baby. Mighty Baby had previously recorded Mod Rn'B as The Action.

Song of the Sun has minimal music way far in the background and vocals right up front, in the same way The Shadow Ring recorded 25 years later.

Penelope is the most electric song on the album, with a thunky bass, noodling electric guitar, shambling drums, pedal steel guitar and piano. At almost 7 minutes long it is somewhat of an epic. The piano on it reminds me of the moodier parts of The Who Quadrophenia. Purple Cadger has the same ingredients and rocks even harder than Penelope, but is not quite as catchy.

The album closes with a bonus track called Tattooed Lady. This acoustic song features an un-named female vocalist and has a break with music from a wind-up jewelry case music box. The song goes further with a circus organ grinder theme as the vocalist details magic elements of the circus atmosphere the tattooed lady worked in.

This is an interesting record whose re-release is to be applauded. It is not a record I would advise you to buy unless you are fans of acoustic-based artists such as (in the US) Darryl Blood or (in Europe) Coloma.

Robin Scott in the gullbuy: