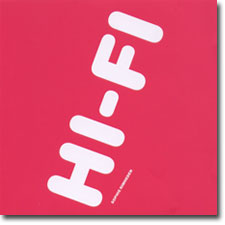 Sophie Rimheden is one of the more striking Swedish artists to come around in recent years. She started in the late 90s with a band called Hayce and has since released two albums, including Hi-Fi on the Mitek label in 2003 (which was followed up by an entire remix cd called H2-Fi - Hi-Fi Remixes). She fits right in with other Swedish artists like Håkan Lidbo and Mikael Stavöstrand (who are both given the chance to remix her work on the remix disc).

Sophie Rimheden is interesting because she uses her voice like an instrument, often putting it through a vocoder and manipulating it beyond recognition. Hi-Fi is an album of ultimate female manipulation. Hi-Fi is a failed but fascinating experiment in this regard since the vocoder is often looked down upon as the effect of choice for the likes of Cher, but I contend that there is a failed masterpiece hidden in the busy grooves and freaked on vocals of Hi-Fi.

Sophie Rimheden treats her voice how Miles Davis treated his trumpet during his electric period by transforming it beyond the normal use of voice to where it becomes like another instrument. Once you get past the pyrotechnics of Sophie Rimheden's voice, you can see that Hi-Fi is full of nuances that make for rewarding listens.