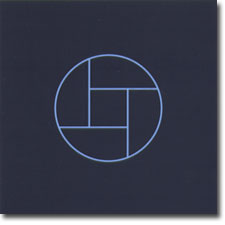 Circlesquare is one of the many Output Recordings artists who were featured on the excellent cd Channel 2 - A compilation of Output Records.

Circlesquare is really a Canadian artist named March21, who released a handful of releases around the turn of the millennium (between '97-'99), but had been quiet for a few years until signing up with Output Recordings.

Mining a similar territory to that of fellow Output Recordings artist Colder (whose album Again was a highlight from last year), Circlesquare have a lot of atmospheric sounds like the bedroom brand of the Pole like electronics. There are the hints of dub that Colder used as well, along with the subdued male vocals. There are also hints of what Sonic Boom/Spectrum was doing ten years ago (or more) with albums like Soul Kiss (Glide Divine) and various singles like Don't Go or True Love Will Find You in the End (compiled on the Sympathy for the Record Industry compilation What Came Before After).

But where Sonic Boom was building on the drones of beauty in a drugged out revelry, the hushed vocals and sleepy echoed slide guitars come and go on this Circlesquare album intertwined with the electronic beats of the modern tech set.

Circlesquare's music is much more subdued overall though in an attempt to create a sense of foreboding, but I was not taken in by it. It's nice how some of the songs have multiple parts, but overall I thought the mood was much too mellow, the songs lacking that extra something that would make this album the mellow Output masterpiece it's trying to be.

Highlights for me include the second track All Sleepers which borrows its melody (and some lyrical influence) from the David Essex 1974 hit Rock On. The tune right after it, Roomtone has the sleepy slide guitar and some wave-like moments that is reminiscent of the Sonic Boom sound. 7 Minutes has the best use of atmospherics to create an epic feel to the minimal approach.

Channel 2 - A compilation of Output Records