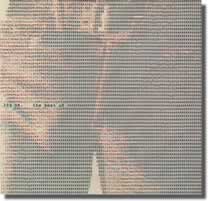 The Best of 386 DX is a surprisingly varied and human sounding disc of rock covers even as it continues in the niche of computer-synthesized voiced music. Alexei Shulgin is the computer operator, and accordingly doesn't get in the way of his muse, who leads us through what could be one of those great hits of the decade albums not sold in stores. What I found fascinating was there was a surprising amount of emotion found in the voice of 386 DX. It's almost like he not only can feel the messages found in these songs, he also has his own computer-driven angst to deal with. In a way, the only way a computer could express any emotion would be with a midi-like backing like the music found on this disc.

Don't expect everything to be pumped up cyber-punk though; the songs are generally kept in line with the pace and feel of the originals. Starting with California Dreaming which gives a good indication of this, in as much as it points to the more somber numbers to come. Favorites of mine included the two Rolling Stones songs Jumpin' Jack Flash and Satisfaction are amongst the best songs here both of which take great pop songs into the computer age. You can feel it when 386 DX repeats the refrain "I Try...and I try...." I love the guitar pluck sounds, and the drum pops along perfectly with the rhythm changes in the Clash's Should I Stay or Should I Go. It sounds like the Door's Light My Fire was written for 386 DX - I swear. And check out that synth solo. The Sex Pistol's Anarchy in the UK is hands down my favorite track here and has already made the rounds on cd compilations I have made for my friends.

The longer more "classic" rock tunes did less for me - House of the Rising Sun and Layla both take too long for the computerized emotion to appear. Smells like Teen Spirit is probably amongst the most kicking-est song here though to be honest it didn't do much for me. Hearing 386 DX scream the Kurt Cobain composed chorus is something to behold though. Bob Marley and the Wailers' I Shot the Sherrif (sic) works surprisingly well, even though it wasn't one of my favorite tracks. I've never been a big fan of Led Zeppelin's Rock'n'Roll - and 386 DX didn't change that. The bended notes in Purple Haze are a hoot.

The Best of 386 DX might be a novelty but one thing is for sure - 386 DX is definitely worth checking out - if only to make you smile. And 386 DX would be perfect for those mix cds everyone is making nowadays. An added bonus to the 386 DX cd - the cd also includes software which allows you to create more 386 DX songs plus a video of California Dreaming.