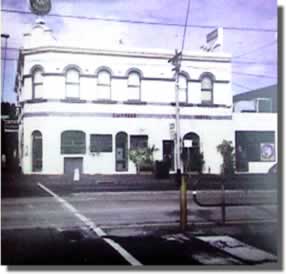 Australian pop festival, a joint release with 555 records (Steward Boyracer) and Red Square records (Jen Turrell) is just the thing for this summer. It's a fun mix of electronica and organic indie pop.

Fog and Ocean start things off with 'Wave and a Sigh', a cool slice of bedroom casio pop. It has breathy vocals and wistful lyrics 'See you off with a wave and a sigh' as some guy recites some random musings at the end.

Boyracer come in with a 4 track version of 'They're making money off of you.' I like the noisy fuzzy guitar and Steward's ever-sneering vocals that are just over the Boyracer racket.

Long Week-end 'Cowboy' has barely in key harmonies that oddly enough complement the solo singing which is more in tune. It also has a nice organic feel with almost jangly guitar and loads of indie charm.

Other People's Children 'Slow Learner' sounds like sinister technopop. The detached vocals reflect the banalities of every day modern life as the singer repeats 'am I missing something...'. at the end.

Origami 'Seahorses' has piano and violins and even wispier off key vocals. It has its charming moments when she manages to sing over the instruments and on key.

Bend Over Boyfriend 'The kids are all gay' is their very funny take on a similarly titled Who chestnut 'The kids are all right.' They borrow heavily from it, but infuse some of their own sound into it as well. I also hear shades of 'Part time punks' by the Television Personalities and the falsetto ooohs sound like the ones from Steven Malkmus (ex Pavement).

Huon 'Killer pies' seems like an instrumental. It has a long spacy spooky analogue synth intro that is so goofy, it needs some silly words to make it complete. After a bit, we get some from a woman singing about the pies from the 'boulangerie' (bakery)

New Waver 'Techno man' is something the kids will dig alot. It has plenty of kitsch value and of course irony. It's a techno take on the Billy Joel moldy oldie 'Piano man.' Instead of 'Sing me a song you're the piano man..' it's 'play me a beat you're the techno man.... so my drugs can start to take hold...'

Even as we Speak (ex Sarah records) weigh in with a great track here 'Stay with me'. This is as good as anything they recorded for Sarah. They rock more (for them) on this one than I've ever heard and she has the best singing voice of just about anyone on this comp. I didn't know they were still recording (it's so hard to keep track of all the ex Sarah bands) and this is one of the highlights of this comp for me.

Jen Turrell 'Dreams of drowning' has some bleak imagery that I really like, especially when she sings the title. It sounds like it was written after waking up in the middle of the night, which is why I like the spontaneous feel of the song.

The Lucksmiths provide the other highlight here with a radio session version of 'The year of driving languorously.' They are fonder of word play than most people should be, but I love their puns. They are one of the few bands who I don't get annoyed with when I know what the next rhyme will be before I've heard it..'It's getting worse you've hardly said a word since you set your eyes on the horizon..' I also like the theme of the song, being in the car with someone for a long drive and wondering if the other passenger is happy or mad at you as you '..steal a kiss..' I always enjoy Tally White's smooth vocals, their folky strummed acoustic pop and those gently brushed drums.

Mia and Guy follow up with another bedroom casio pop number, this one with male and female harmonies, 'Black bird.' Here's where I had a hard time with the sequencing of this comp. I was so enchanted with the previous track that this one wasn't very memorable.

Steward (Boyracer) is back with 'I love a good time.' His vocals are heavily processed here. Under the programming, the noisy fuzzy guitar breaks through. It's a fun enough number, but I prefer his voice with the Boyracer racket.

Minimum Chips track 'Cold afternoon' seems a little out of place on this summery compilation lyric wise, but I like the way they combine organic and electro pop sounds and let it build to a nice crescendo. To top it off, it almost seems like they forgot to end the song. The idea of ending it comes across like an afterthought. Either way, it's a fine bit of spontaneity.

Julian Teakle has a barely over one minute track called 'Harrington Street' about the devastation of spotting an ex in the street. He doubles his vocals over the guitar, which gives it a nice minimalist effect.

Driving Past 'Throws me over' has good rock pacing and a woman who sounds like a cross between some early punk heroes (Pete Shelley and Mark E. Smith). I don't know how she managed it, but she could read the phone book that way and it would still be bloody brilliant, as they say over there.

I like the combination of organic and electronic on this compilation and the enthusiasm here.