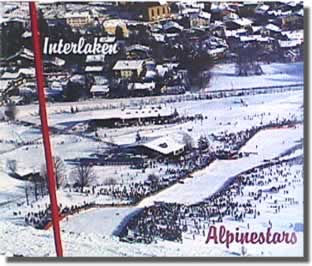 While Interlaken is certainly low on substance it does not hit very high on the listenability scale. The gauge that registers the weakest rating on these three songs though is originality. Interlaken is nothing more than rehashed late-nineties techno music. I am really shocked that both these singles are off the same album. Not that the sound of the music is completely different from one another but the quality certainly is when comparing each single.

It seems as if the Alpinestars go from giving the appearance of a great pop project on 77 Sunset Strip to being nothing more than a Crystal Method cover band on Interlaken. If the Alpinestars are suffering some sort of identity crisis then I hope their future releases see them abandoning their Interlaken personality. I get the impression that this is the Alpinestars attempting to be electro (it is a very poor attempt).

Just as fresh as the best electro being made today is, that is precisely how stale the Alpinestars sound on Interlaken.