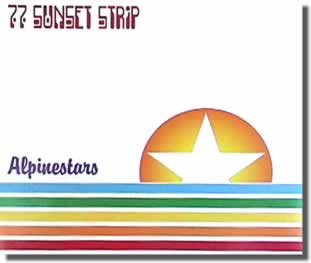 The title track is an upbeat/synthy and simple romp with soft male vocals that is nothing if not an absolutely perfect pop song. The next track, Lost Reaction keeps the same great pop sensibility as the title track but is much slower and not nearly as sugary sweet as 77 Sunset Strip. This song is equally excellent and displays some of the band's range.

The closing track, Ice Palace, doesn't keep to the same standard as the first two tracks. This song is a repetitive instrumental track that might serve well in an album format, but it comes off as nothing more than an afterthought on 77 Sunset Strip.

These three songs won't rub quite everyone the right way. This single reminds me a lot of Deserter's Songs-era Mercury Rev. Just as many people were turned off by the blatant popiness of that album, those same people will cringe at this single for the exact same reason. For everyone else though (including me), 77 Sunset Strip is definitely something worth checking out.