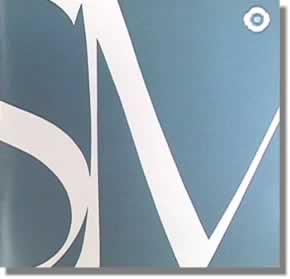 For the first time the single releases of the Stockholm Monsters have been issued in a remastered format on CD. This is another band on the legendary Factory label that has been negelected-until now.

The band largely created pop songs around an organ and drum backing, occasionally adding piano or horn. Despite the fact that singer Tony France's limited range make his vocals an acquired taste (try to imagine if Marlon Brando in the role of Don Corleone from the North of England started singing), the band produced a few gems that make this collection worthwhile.

The opener 'FAIRY TALES' is a catchy pop song based around upbeat piano and angular lyrics.
'MISS MOONLIGHT' is a darker, slower song, will slow keys and pulsing drums, and male/female vocals warning that 'little boys will play their games.'
'THE LONGING' is full of movement with its fast drums and vocals sung-through-a-megaphone.
The opening to the gorgeous 'NATIONAL PASTIME' almost sounds like the theme music to a sitcom from the early eighties, the song itself is classic pop: boy longs for a love he cannot attain, full of piano and horns, the song ends all too soon.
The two songs that are pure perfection on this disc are the 12' version of 'KAN KILL!' and 'PARTYLINE'. 'KAN KILL!' starts with an odd sample of Nat King Cole and then slowly changes and builds into an out and out pop song. 'PARTYLINE' (especially the 12' version) starts with heavy synths and could easily match anything by the band Pulp in the early ninties.

The Stockholm Monsters are finally getting their due and 'ALL AT ONCE' gives a welcome look at their work.

The Crepuscule and Factory Pages