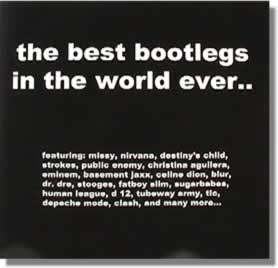 The Best bootlegs in the World.... An idea that's been floating around at least since the Evolution Control Committee caught my ear, I still think this kind of thing is the wave of the future with its shades of the past.

Simply put, it's the combination of two songs of different styles of music and meshing them into a new hybrid mix. Things like Destiny's Child and Dead Kennedys. I've put astericks by those tracks I consider worthy of College Radio airplay.

The Best of Boom Selector vol 2