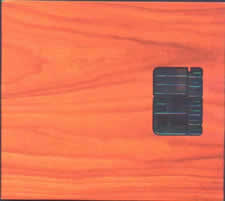 'Beautiful' was a controversial record for FPN fans as it had a very mainstream and house feel to it. Before 'Beautiful' came out FPN released a single called 'Take Me To The Disco'. This single was ignored by most FPN fans. The fans figured it was a one off experiment that he was releasing to show that he could do a house record. Then the full length arrived and we all knew that 'Take Me To The Disco' was no mere experiment - it was the weathervane which indicated Tomoyuki Tanaka's new direction.

Over half a year later 'Beautiful' has settled in with most FPN fans including myself. 'Contact' does not surprise us with its almost corny version version of pop/dance. Some of the new versions do not serve me well, but a half dozen tracks grab me and justify the purchase of this disc. I love Sunaga 't Experience's mix of 'Whistle Song', FPM's own remix of 'Paragon2', Rip Slyme's mix of 'Black Dada', King Britt's version of 'Todos Os Desejos', the Kahimi Karie vocal version of 'Subete o Yurashite', and Grant Nelson's club mix of 'Whistle Song'. For these tracks I can confidently recommend this record to any fans of Fantastic Plastic Machine.