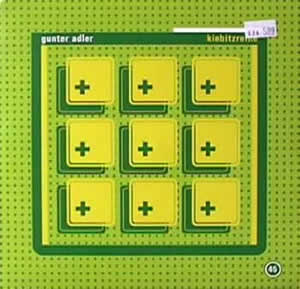 Jyrgen Hall made these two pieces after an idea he had while driving through Kiebitzreihi. Both tracks use artificial delay feedbacks created by an effect processor, playback errors, and detunings of the original material.

Neither cut is pop like Felix Kubin, but the tracks are not difficult experimental pieces either. The sound is how I had expected the collaboration between I-Sound and To Rococo Rot to sound before I actually heard the record.

Just as I enjoy both Groenland Orchester CDs, I like these two cuts.