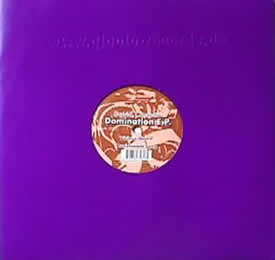 David Carretta has been playing hard electronics for several years. He has effectively used guest vocalists including Chicks On Speed.

On this EP 'Vicious Game' plows forward like a machine, or like the nemesis of Sparks 'No. 1 song In Heaven'. It has male vocals that slide out of the vocalist's mouth like a benediction.

On the flip, 'Punishment Song' has many samples, including news samples and snippets of Donna Summer. I like both tracks for different reasons. 'Vicious Game' is the showcase piece: the production is thick and pristine, with a layout that incites body movement. 'Punishment Song ' is more of a mind cut that you want to stop and listen to.

David Carretta in the gullbuy: