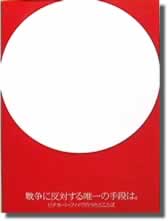 During the time of their existence Pizzicato Five were like Neil Young: either you loved them or you hated them. By the time they broke up on 2000 they seemed to have few supporters left.

What were the charges against them? Putting out too many records that sounded similar. But God Is My Co-Pilot did THAT, and no one hated them for it.

Music and Words of Pizzicato Five: A Tribute Album is a 17 track affair that I find quite pleasing. There are a large variety of sounds on the disc. Qypthone's cover of It's a Beautiful Day sounds most like Pizzicato Five. Everything is in place: the Japanese female vocals, the J-pop music, and the mood of fun.

Rip Slyme's cover of Non-Stop To Tokyo is a great example of the new spin many of these artists put on the tracks they cover. The first time I heard this band's work was on Fantastic Plastic Machine's remix record 'Contact.' Rip Slyme covered the FPM song Black Dada with style.

A frustrating fact about this compilation is that only four of the artists have names printed in English. The other 2 artists (besides Qypthone and Rip Slyme) with English names are Hair and Reggae Disco Rockers.

Hair do a version of the Pizzicato Five song One Two Three Four Five Six Seven Eight Nine Ten Barbie Dolls. With female vocals and analog electronics, Hair sound like they might have been on the Seattle label Slabco.

Reggae Disco Rockers (nice name!) cover Such a Beautiful Girl Like You as an upbeat reggae song with female vocals.

Here is a track by track summary, including the tracks performed by artists I cannot name:

Based on the fact that I liked nine of the seventeen songs on this disc I'd say it is a worthwhile investment, should you run across it in your record store of choice. My very favorites were numbers 4, 8, 14, and 15.

other Pizzicato Five records in the gullbuy: