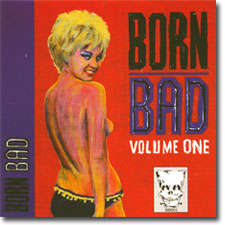 The Born Bad compilation series collects together the original music that inspired bands like The Cramps. You can't go wrong with this series, although they can be kind of short since I think they were originally intended as vinyl compilations, and sometimes are sourced from vinyl sources. 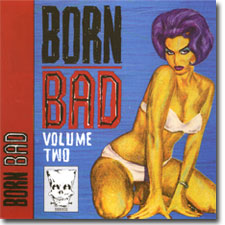 The Cramps, like Hasil Adkins, Wanda Jackson, Andre Williams, Charlie Feathers, and Richard Berry, with some later 60s groups thrown in every once in awhile, like The Sonics, Tommy James, Paul Revere, and the Kasenetz-Katz Super Circus.

Volume 1 features the original versions of Goo Goo Muck by Ronnie Cook & the Gaylads, Uranium Rock by Warren Smith, The Crusher by The Novas, Rockin' Bones by Ronnie Dawson, Strychnine by the Sonics and Funnel Of Love by Wanda Jackson. All songs covered by the Cramps, or in the case of Funnel of Love, members of The Cramps helped Wanda Jackson re-record a version of that song in 2003 on her album Heart Trouble.

Volume 2 has original versions of Love Me by the Phantoms, I Can't Hardly Stand It by Charlie Feathers, She Said by Hasil Adkins, and Lonesome Town by Ricky Nelson. 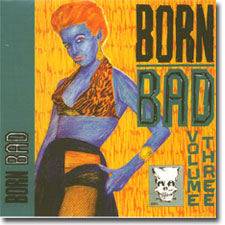 For a nice change of pace here, things get a bit more 60s garage rock on Hanky Panky by Tommy James and the Shondells, Hungry by Paul Revere & the Raiders and Quick Joey Small by the Kasenetz-Katz Singing Orchestral Circus.

Highlights from Volume 3 include the trio of songs based around the Surfin' Bird phenomenon, including Mama Oom Mow Mow and The Bird's The Word by the Rivingtons and Surfin' Bird by The Trashmen. Andre Williams makes his appearance on two of his classic tunes Bacon Fat and Jail Bait. And the original version of Can Your Hossie Do The Dog by Del Raney's Umbrellas is heard here (the tune that later inspired 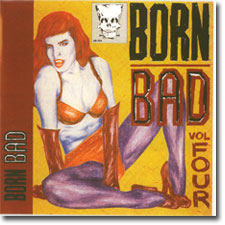 The Cramps own tune Can Your Pussy Do the Dog?).

There's a brilliantly hyper version of Heartbreak Hotel by Buddy Love on Volume 4. There's also the original Richard Berry version of Louie, Louie here. The one-two punch of Red Crayola's Hurricane Fighter Plane and The Standells' Baracuda were the definite highlight for me, with a couple of later mid-60s tracks with a pulsing manic sound. Also, stick around for the hilarious Mad Magazine related It's A Gas by 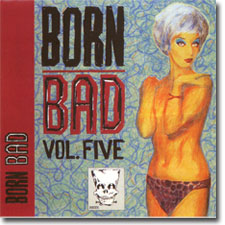 Volume 5 includes a different version of Hanky Panky, this time from the Raindrops (a girl group which featured songwriting partners Ellie Greenwich and Jeff Barry). You can also find the raw resurrection of the old Jimmie Rodgers' song Mule Skinner Blues by the Fendermen from 1960, a very early version of garage rock music.

Volume 6 includes another crazed and truly un-hinged psychobilly Elvis cover in Jailhouse Rock by Dean Carter recorded 10 years after the original Elvis version, in 1967, out of time and in a different place. This puts the psycho in the definition of psychobilly. 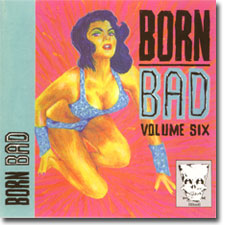 There's also He's Waiting by The Sonics, Dirty Robber by The Wailers, Yum Yum Yamaha by Carol Conners & Cycles, Mini Skirt Blues by the Flower Children, Hipsville 29 B.C. by The Sparkles, and Green Door by Jim Lowe, all music to drive you batty.