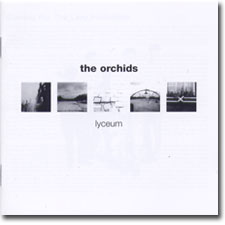 For cracking good pop you can't do much better than the Orchids. The classic Sarah Records band has finally come back into the picture for Act II. James Neiss's Les Temps Moderne (LTM) label just reissued all of their old releases. It is so good to hear their songs on CD with all of their non-album tracks in one place. The Orchids started in Glasgow in the mid-eighties-- dire years for any kind of independent pop. They were heavily influenced by other Scottish favorites like Josef K, Orange Juice, the Go-Betweens, essentially the Postcard Records stable of bands, as well as early Primal Scream. One touchstone band for The Orchids was the Wake, which was on Factory Records and later Sarah Records as well.

Their mini-album LYCEUM, here re-issued with early singles as bonus tracks-- including the songs from Bob Stanley's Caff label, is eight pitch-perfect songs of pure indiepop bliss. From the brilliant opening of "It's Only Obvious" with James Hackett's strident vocals to the ecstatic joy of "Caveman" with its oblique political references, and the genius chorus of "The York Song", this disc will put you in a happy mood. The bonus tracks available include the pure pop of "I've got a habit"-- with the line "I'm drinking Iron-Bru and I'm thinking of you", the song "Apologies" with its "Sha-la-la yeah" chorus, as well as an anti-poll tax song, "Defy the Law". This disc is a solid purchase for jangly indiepop lovers of all kinds. 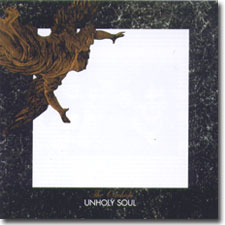 Up next is UNHOLY SOUL + SINGLES, it sees the band experimenting more with synthesizers and samplers on occasion, getting more into echoing the finer points of Sixties pop. A few of the tracks also have the soulful vocal talents of Pauline Hynds, this is the disc that has "Peaches"-- with Pauline singing "Get yourself high, feed your soul, set yourself free", one of the tracks that introduced me to the Orchids as it also appears on the Sarah 100 compilation "There and Back Again Lane". The Orchids are clearly moving towards a more psychedelic sound, as the influence of Madchester tends to leak in on UNHOLY SOUL. This is also evident on the wonderful paring of "The Sadness of Sex (Pt 1)" with its dirty guitar and whistled chorus and "Waiting for the Storm", the latter being a nearly 8 minute epic of programmed beats and samples-- it nearly feels like Coldcut's remix of Eric B and Rakim's "Paid in Full". This album oscillates between jangly Sixties pop and electro pop that at first blush may seem slightly incongruous but really works as a whole the more you listen to it. 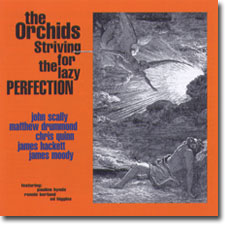 Their final album was STRIVING FOR THE LAZY PERFECTION, released here with their Thaumaturgy single plus some demo tracks. Their experiments going forward and backward that came through in UNHOLY SOUL are further magnified in this release. It opens with the noisy guitar of "Obsession No. 1" and moves to the programmed bliss of "Striving for the Lazy Perfection", finally nearing an end with the haunting "I've got to wake up to tell you my dreams" then sliding into "the Perfect Reprise" with its recollection of the earlier track. Pauline Hynds also appears on this album to bring a feminine touch to a handful of songs. This disc has its jangly songs like "The Searching" and "Welcome to my Curious Heart" but it primarily leans toward electronic pop. The classic track "A Kind of Eden" is here, which was the Orchids' contribution to Elefant Records MONTECARLO compilation. My favorite track on this disc has to be the pretty electro-pop of "Avignon", which contains a sample that was also used on Acuarela Records' mainstays Emak Bakia's second album "Despues". The electro tracks on this disc also remind me of a pop-friendly Ultramarine.

Too many good songs are on each of these releases to do without one. LYCEUM provides a good introduction and will please any lover of good lo-fi pop, UNHOLY SOUL builds on the earlier template with more instrumentation and female vocals, STRIVING FOR THE LAZY PERFECTION further carries these experiments out to a heavenly conclusion. I've been told that the band has reformed and is currently working on new material. With a potential release in 2006, LTM's reissues provide the perfect refresher course for one of the most overlooked and consistently excellent indiepop bands out there.

Striving for the Lazy Perfection + Singles