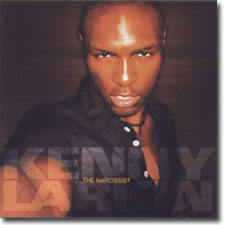 Kenny Larkin is a Detroit native with a long history in electronic music. The Narcissist is his first record in 6 years. In that time, he has moved to LA, where he is known as a successful comedian in the competitive comedy club circuit in the city.

The Narcissist has a very loose and natural feel, similar to Theo Parrish at times. It was recorded using Native Instruments software synthesizer.

The record starts off with a vocal track which sounds like something that may have appeared on a Bertrand Burgalat record. the second track has broken beats like Jazzanova and steel drums with a tropical feel.

Peacefrog describes his music as "electronic soul music, packed full of human feeling and warmth." But to most ears the record will be described as "techno." Yes, it is warm, but there are no vocals (except the first track), and the instrumentation is usually rooted in a somewhat mechanical rhythm.

I like this record, but wasn't wowed as much as I had hoped. Peacefrog has been releasing great music by Moodymann and Luciano, and I expected that this record would blow me away like those artists had.

My favorite track is A Part of Me. It starts with the unlikely sound of a subtle piano, and slowly starts to unfold with scattered beats and a synthetic percussion that sounds like drops of water sped up to form a beat, or the sounds that Blue Man Group make with PVC pipe,. What makes this track so powerful is the feeling of space - it is not that this track ends up really going anywhere: it is that you enjoy the trip getting there.