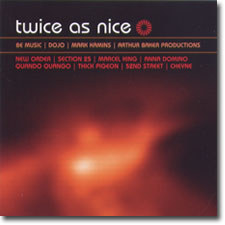 This compilation of the rest of the Be Music productions is a welcome chronicle of dance music. All selections on this disc produced by Be Music, the tag used by New Order, as well as Donald Johnson, Mark Kamins and Arthur Baker. This is a companion volume to LTM's earlier Cool as Ice release of Be Music produced work.

Finally it is great to have all these tracks in one place--many were 12" only releases. The electronic percussion and use of samplers is the uniting theme of this compilation. Specifically works released between 1982 to 1986 on Factory Records, Factory Benelux and Les Disques du Crepuscule. A number of these songs fared better in the dance clubs of New York City than in Europe upon initial release.

Listening to this compilation now one is amazed by how fresh these songs are. Every track on this disc is vital and full of energy, from the stark chunky percussion of New Order's 5-8-6 (edit) to 52nd Street's brilliant electro-soul.

New Order productions in the gullbuy: