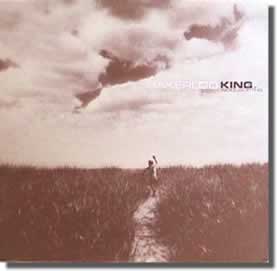 Bakerloo is the fourth track on King of Woolworth's album 'Ming Star.'

It's a six-minute instrumental piece that is reminiscent of the kind of music often heard in 1960's suspense films. The song features a gorgeous xylophone melody with a smooth bass line underneath it. It also uses a sample of 'Cut the Dummy Loose' by The High Llamas' Sean O'Hagan.

Similar to Broadcast and Electrelane, King of Woolworths loves to create gentle, cinematic music that is emotional and unforgettable. The first remix on this CD single is called 'Skindo Nagasaki mix,' which is produced by King of Woolworths' label mate Saint Etienne. The original xylophone parts are sped up and the added flute sounds give the song a lighter, less dreary feeling.

Danny from Ladytron does the second remix of 'Bakerloo.' If you are familiar with Ladytron's work, you'll realize immediately that, no matter what this Liverpool-based group does, Ladytron has a very predictable, distinctive sound. Like the first remix, the melodies are sped up. A heavier, faster drumbeat is used to give the song a dance-y, new wave edge. Hand claps provide a fun, ultra cool feature to the mix.

Even though I still like the original the best, I prefer the Ladytron remix to the one by Saint Etienne.