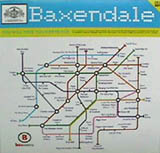 Baxendale have a sound like a blend of Heaven 17 and Pulp. This CD has their full length which came out in Europe on Lowsley Records, plus 4 songs from their singles. I really like some of the songs on this disc. In fact, this is my fave of this weeks adds. From Le Grand Magistery's desription of them for the CMJ shows they are doing:(Baxendale is a proper pop group from London, England. They play electronic pop music with melodies that bounce across dance grooves, with words that catch you up and take you over. Its big, its bright, and its aimed right at your heart as well as your feet! These are their debut US shows, although they are a regular of the concert scene in Europe, where this summer they performed at the Benicassim festival, in southern Spain to a crowd of 5000)" 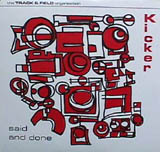 Before everyone in Comet Gain except the vocalist/guitarist left to form Velocette I really liked Comet Gain. I also liked Velocette. So it stands to reason that I would like Kicker, the drummer of Comet Gain/Velocette's new band, and I do. I like both sides of this single. Reprinted from Purr webzine: "Kicker is a London based five piece featuring ex members of Comet Gain, Velocette and Hood. They've been described as sounding like Stereolab, if Tim Gane had grown up listening to Gene Clark and Bobby Gentry. Their acclaimed debut single 'Get Rid of Him' was released on Rough Trade shop's 'For Us' label and quickly became a favourite on the Steve Lamacq 'Evening Session'. The second single 'Said and Done' was released on the cool-as-you-like 'Track and Field Organisation' label and a limited edition third single 'Boy, have you got it' is available now on Badjazz recordings. Kicker have gigged with Birdie, Tompaulin, Salako and The Butterflies of Love". 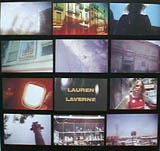 This is the debut solo release from the vocalist of Kenickie. She had a whole bunch of attention after singing the great song "Don't Falter" for Mint Royale. The success of that song as a single resulted in Mint Royale's 'On The Ropes' CD (Faith & Hope Records) being rereleased after the initial pressing sold out. On this 4 track EP I like two of the songs. The EP's main song "I Fell Out Of A Tree" is a pop confection that balances her Kenikie past with the Mint Royale dance sound. The last of the four songs ("Some Kind Of Other Presence") has less bright eyed energy than "...Tree" but it still is interesting and well produced electronic pop somewhat like a less polished Dubstar. The two songs I don't like are (fortunately) the short songs. They have a singer/songwriter sound like the recent Mascott CD on Le Grand Magistery. 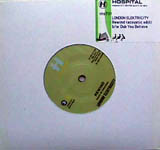 This single was the 1999 debut release of the (now established) Hospital Records label. When I saw it at Newbury Comics marked down form $6.99 to $1.99 I had to buy it for the station. The A-side is a song with vocals while the B-side is a dub instrumental which sounds kind of like Thievery Corporation or Kruder & Dorfmeister. From the Compost Records site: "London Electricity are an alternate combination of Pondlife (Pete Nice Trio), the Goose, and LandMass, Their name arose after a visit to the L.E. studio by an enginer come to install extra power to the mixing desk. Pondlife was so taken with the man's work jacket, he tried to buy it from him before he left, but the engineer refused. Having just mixed the track "Sister Stalking", the group adopted the engineer's company hallmark, in tribute. Behind L.E. are the same guys who are responsible for the Galactic Disco Records stuff and for Hospital (Les Larons Lunaires). Future Homosapiens, Playmates und Orkestra Galactica are their pseudonyms for the disco stuff on Galactic Disco Records. 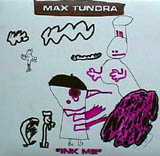 It's kind of a shame that we don't have some of the recent Domino full lengths at WZBC. I'd love to hear the Telefunken and Max Tundra records. This latest Max Tundra single has three very diffent songs on it. "Ink Me" is an electronic instrumental that reminds me of the piano part in David Bowies "Aladin Sane". "Tell It To My Heart" is a regular song with vocals, guitar, bass, drums, and a touch of piano. The final piece is a short percussive track called "Ignition". It sounds a bit like a looped geiger counter and has no structure of instruments. The only feature in it is a sneeze just before the end.

This 4 song EP is the followup to the "Instant Love" EP added last week. On the main song "Another Mellow Winter" Mellow sound like The Beatles on "Baby You're A Rich Man". "Lovely Light" is modern electronic pop with vocals. "Interlude" and "Overture" are both instrumentals. I like the "Overture" and "Lovely Light" best on this EP. As they're both non-LP songs this is a very good EP to have. "Overture" sounds really nice with a strong melody and birds singing in the background throughout. Mellow are a very sharp band who are bound to get licencing deals on other labels to bring their stuff outside France and into many other markets. They definetely deserve any attention they can get. This EP has two other neat features: First it has a video for "Another Mellow Winter" on it (which I can't seem to open, maybe it's for MAC?), and secondly it is the first CD I've seen that is completely black. It does not have a silver bottom side at all. It looks like it would not play, but play it does. I predict that many more people will jump on this really cool look for CD's in the near future... 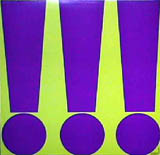 !!! (pronounced "Pow Pow Pow") have a song with vocals ("Instinct") while Out Hud have 3 instrumentals ("Jgne" & "Jgndg" & "Jgnxtc"). Both bands are related to each other. Sacramento CA must be a pretty happening place these days having bands as cool as these. So far Out Hud have been faultless in their recorded output, and as I've been told by WZBC's Ivanna Burgess (Tuesdays 1 - 3 PM) who has seen them several times and even hosted a Boston show for them in her houses basement, they are incredible live. I always wonder about the rat race of US A&R men as they hunt the dives of anytown USA looking for the next big thing as bands like Out Hud toil on in relative obscurity, releasing music far superioir to bands with hundred times their budget. 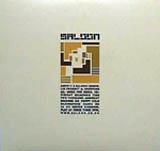 Two long songs by the band whose split single ("Futurismo") with Laser Guided (added in the 12/12/99 gullbuy ) did so well on WZBC. The A-side sounds a bit like early Broadcast singing in spanish. The B-side is an instrumental that has a really nice sound. It starts very slowly and then bursts out in a strummed guitar part which it builds down from. Reprinted from Purr webzine: "Saloon mix traditional guitars and strings with the electronic beeps and whistles of moogs, stylophones and theremins. On top of this sit the softly-delivered vocals of Amanda; singing in English, French and Spanish. Although their sound is original and hard to pigeon-hole, there are distant echoes of Broadcast and Stereolab. The band descibe their own music as 'Belle and Sebastian on Mars' and 'The Velvets on Blue Peter'. Their manifesto is 'Lo-fi Sounds, Hi-fi Heart'. Following their self-released debut 'Conquistador' the band released the stunning 'Futurismo' on Artists Against Success and, more recently 'Shopping' on Amberley Records. 'Futurismo' was championed on Radio One by John Peel". 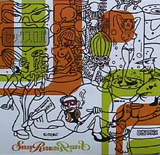